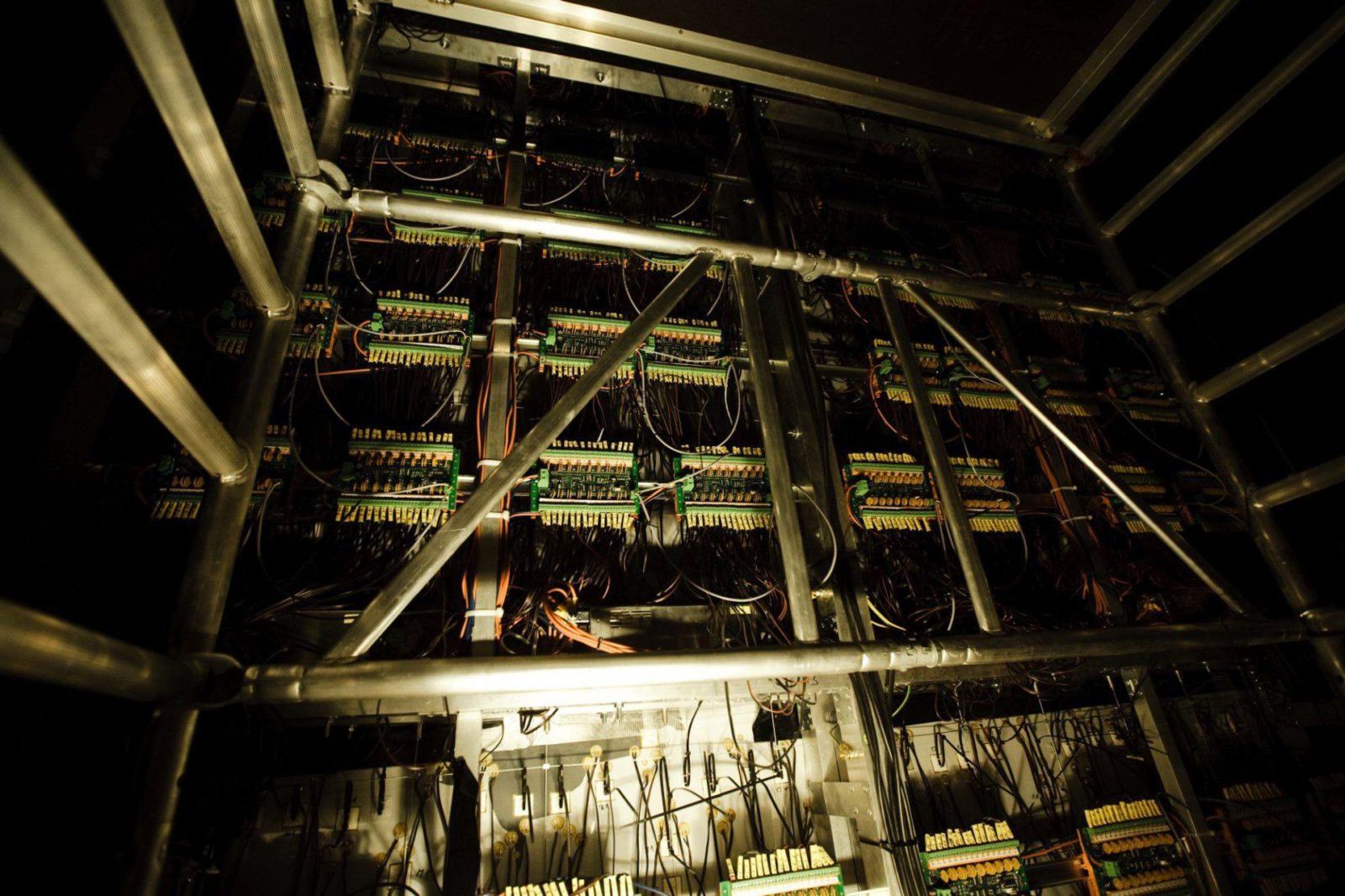 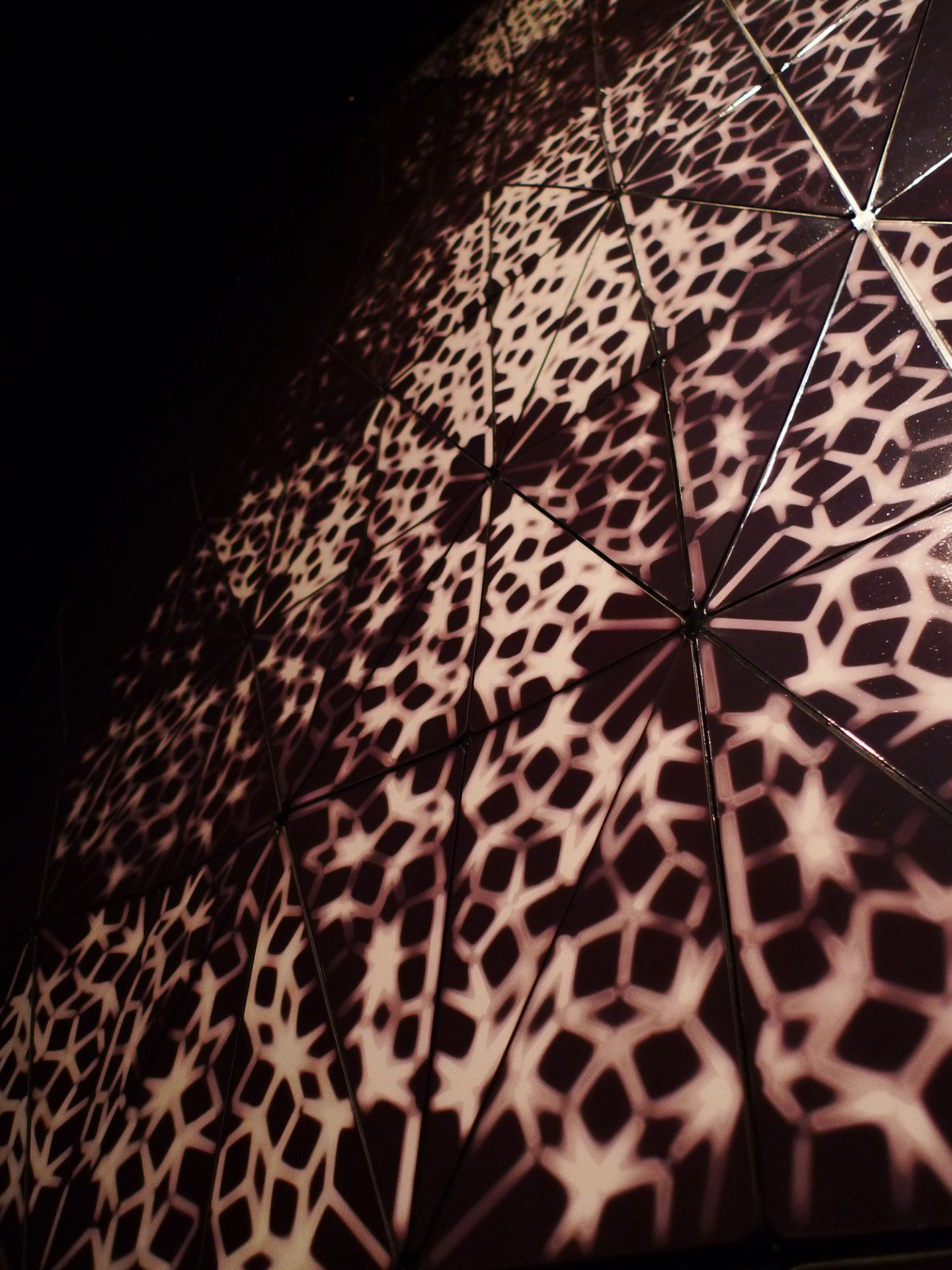 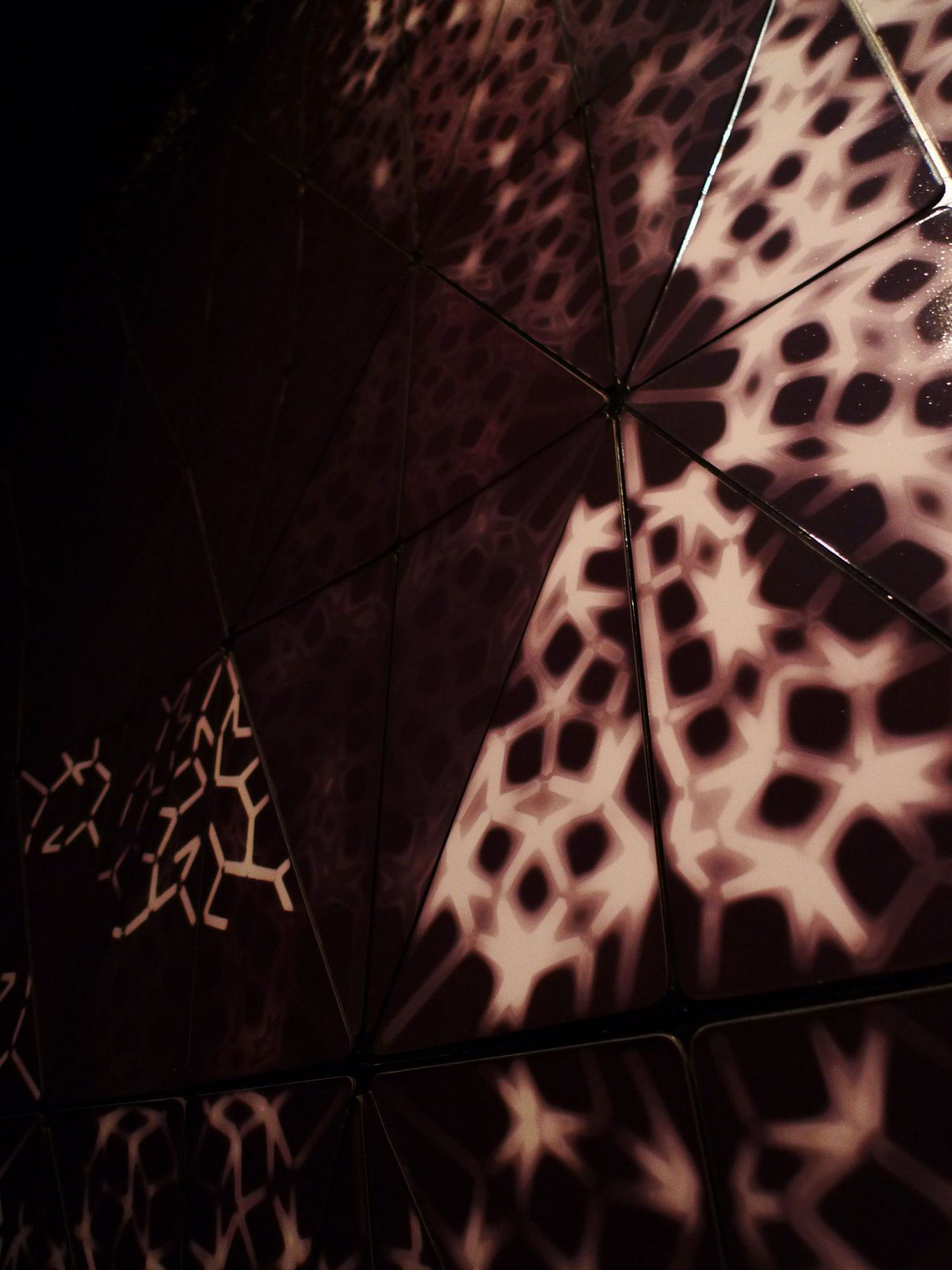 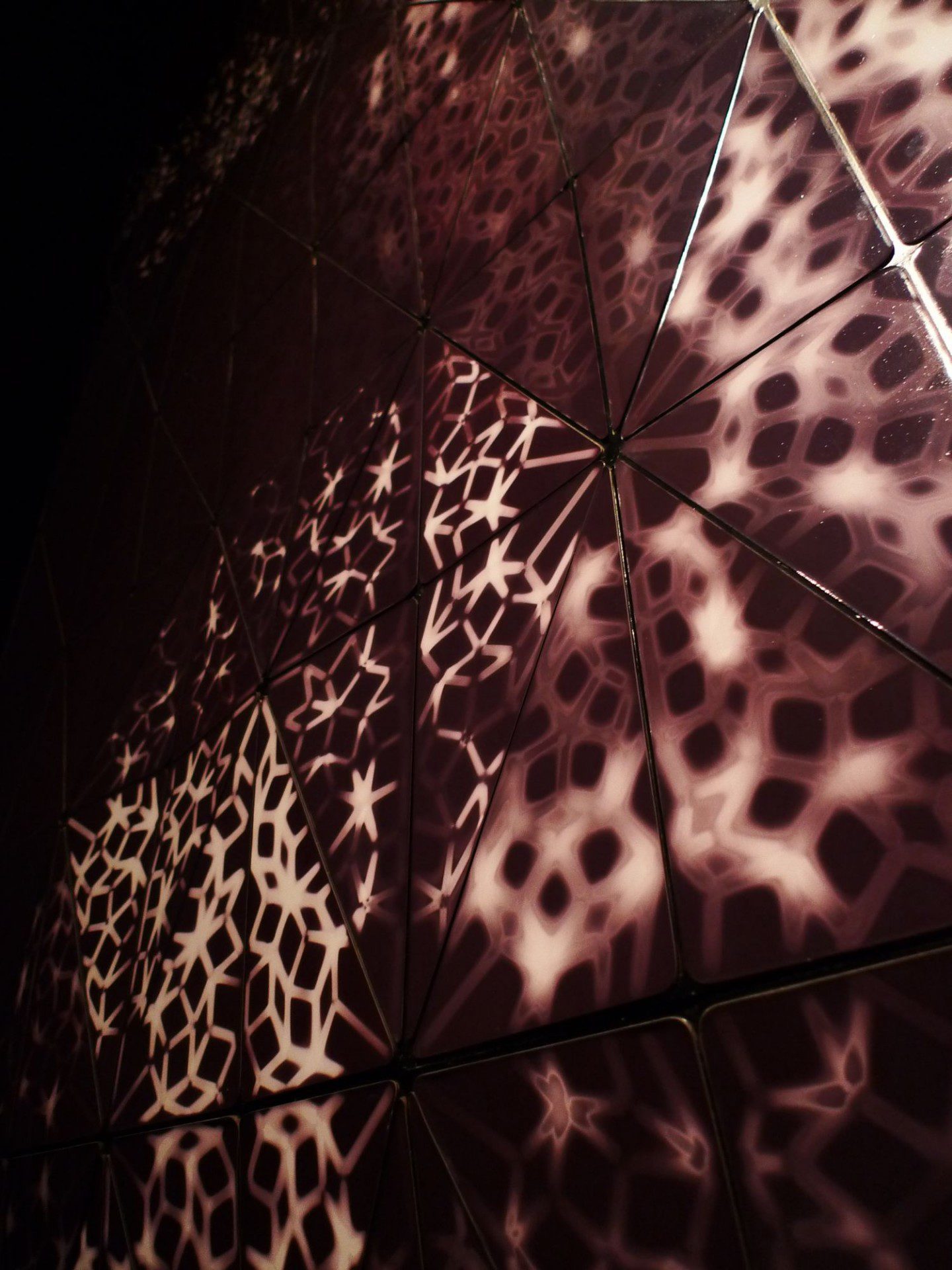 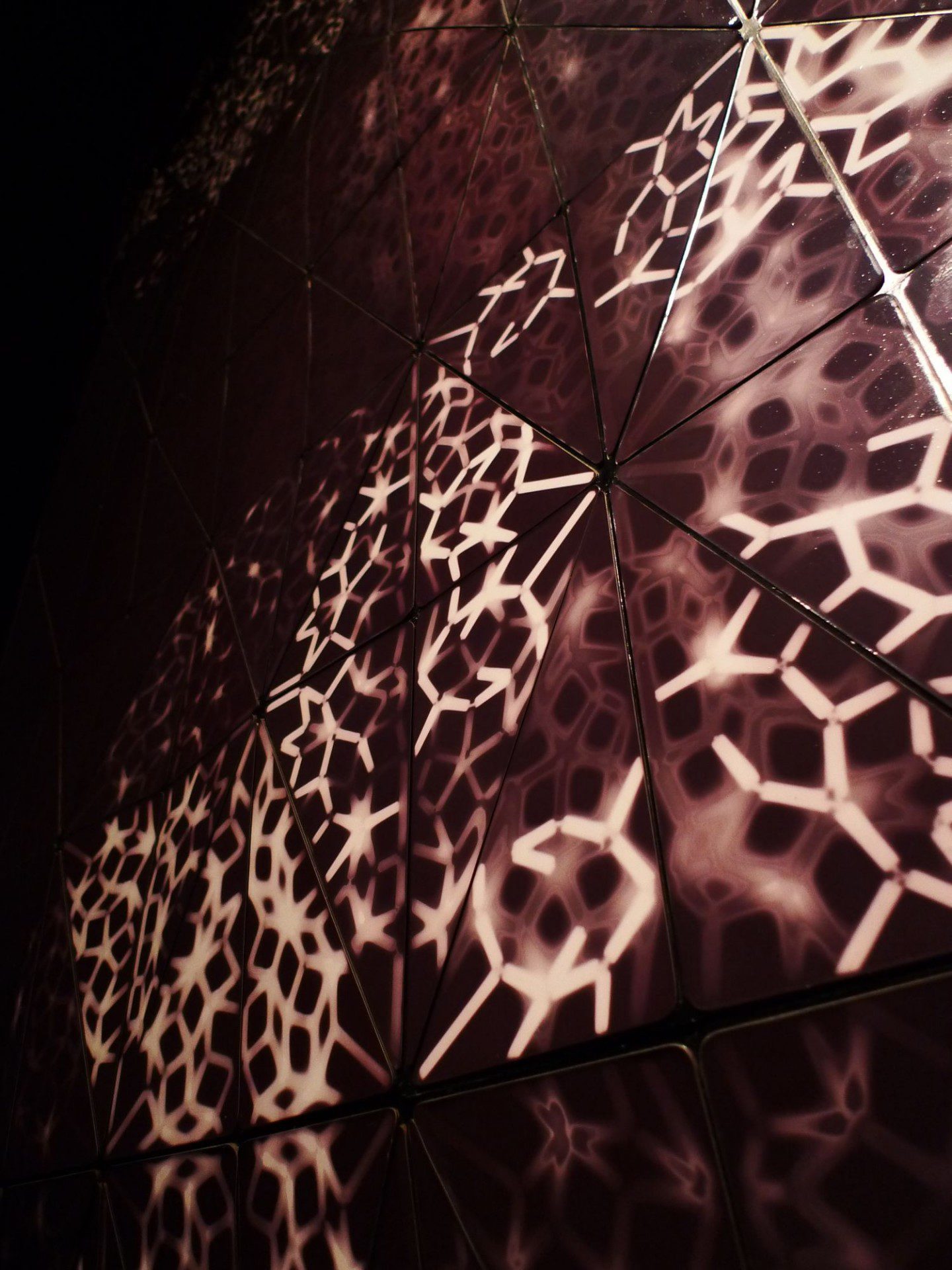 The installation Pulsar was created for EXPO 2010 in Shanghai. It emerges from similar principles as the work Adhesion/Survival Manual – the visualisation and systemisation of formalised energy flows. In this case, it concerns observing the energy flow in a modern city. The sensors react to changes in energy within the city organism, in particular to changing temperature. Thus, and abstract image which develops in front of the viewer on the projection screen of size 6 x 4 meters. Owing to the algorithm based on Lindenmayer system, which was originally used for describing the model of plant growth, rather chaotic input data are transformed in a structured system similar to a complex pattern called Penrose Paving. It is possible to describe the final form as an active ornamental mosaic. Pulsar is one of the next Díaz’s steps towards bridging the definition of artwork and scientific research.